For whatever reason, I have a strange fascination with emulators, and making sure that I can emulate as many machines and game consoles as possible on my current PC.

The one thing I haven’t researched until now is emulating various systems on my Android device. Now that I’ve received my shiny new Galaxy S7, I figured it must be powerful enough to emulate a good fraction of older hardware. And indeed, I was pleasantly surprised by the “state” of emulation on Android.  Emulators for NES and Super NES are readily available on the Google Play Store, along with emulators for Atari and Commodore 64, and hardly require the latest hardware to run well.

But what about emulators of  actual PC hardware? Well, there’s the excellent DosBox Turbo app, which is an optimized DosBox port to Android. This is not a free app, but it’s well worth it. However, what I was looking for is a true PC emulator, such as the great bochs emulator that I’ve trusted for a long time to boot into my disk images of Windows 3.1 and Windows 95. After a bit of looking, it turns out that this is available, too!

Thanks to  some fantastic work by Pelya (for porting the SDL 1.2 library to Android, thus  making it easy to port any SDL-based application to Android) and by  Lyubomyr  (for actually adapting bochs to use pelya’s SDL port), we now have a perfectly working version of bochs for Android! Using their build instructions, I was able to build my own bochs APK, load it onto my device, along with a few disk images. And after a few configuration tweaks, I’m now able to run my emulated images nearly flawlessly: 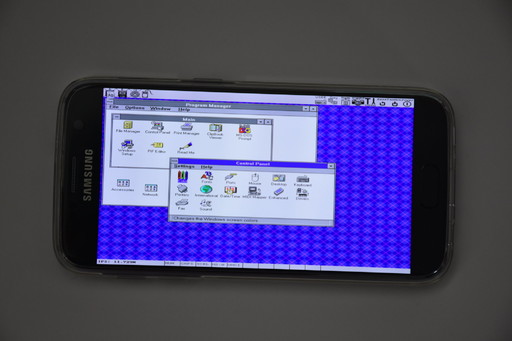 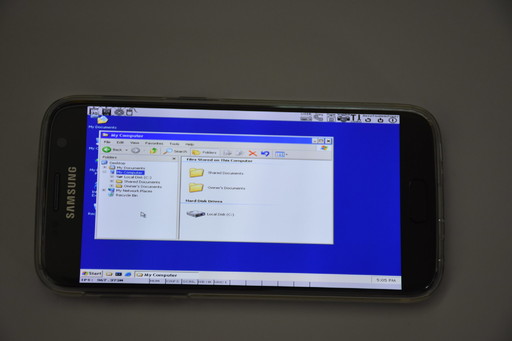 And here it is running one of my favorite old DOS games, Return to Zork! 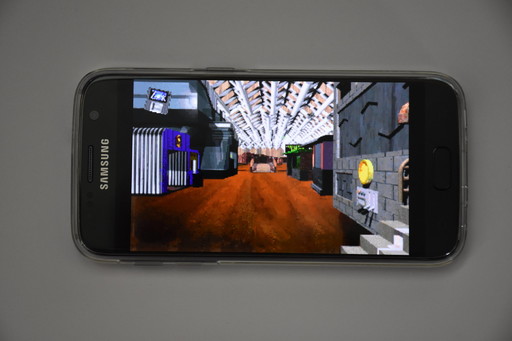