As a fun side-project during the last few weeks, I’ve been developing a planetarium application for the Samsung Gear VR headset (one of the neater gadgets I’ve gotten my hands on this year), along the lines of Stellarium or Google Sky Map. It’s pretty rudimentary so far, but nevertheless packs most of the features you would expect from a planetarium application, such as constellations, accurate planet positions based on current time, and a selection of Messier objects.

You can “look at” any object in the virtual night sky within the app, and see a pop-up description of its name. While looking at an object, you can also tap on the trackpad on the Gear VR device to retrieve a full description of the object from Wikipedia (using Wikipedia’s new RESTBase API, which I also help develop).

The app is not yet deployed to the Oculus app store (working on it…), but you’re welcome to check it out on GitHub and build it for your own device. Here are some screenshots: 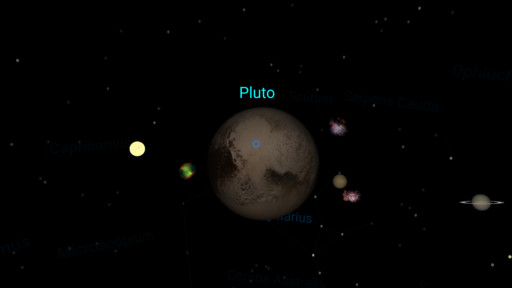 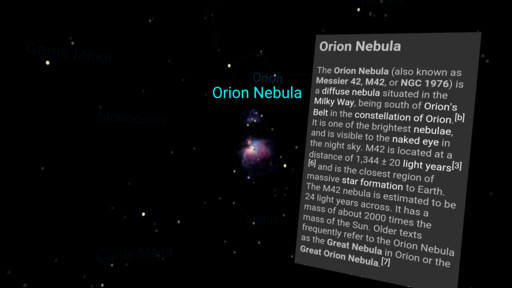 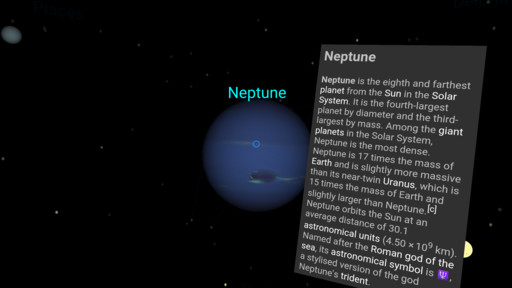