This is the first 10000 digits of e (the base of the natural logarithm), as interpreted by a spiral walk determined by each successive digit:

And here is a similar interpretation for γ (the Euler-Mascheroni constant):

This is the first 10000 digits of π, as interpreted by a spiral walk, with each step of the walk determined by each digit. In other words, if the first digits are “3.1415…” then we walk up 3 pixels, then left 1 pixel, then down 4 pixels, then right 1 pixel, then up 5 pixels, and so on, while painting each step of the walk with a different random color.

My day-to-day work is focused mostly on Android and Windows development, so I often find myself a bit disconnected from web development. I thought I’d go through a few random exercises in JavaScript, and simultaneously bring some of my oldie-but-goodie projects “up to date,” as it were. A long time ago I made a Windows application that displays the Ulam prime number spiral, but there’s no reason it can’t be done in the browser today, so here we go:

The above picture is dynamically generated in your browser. Go ahead and interact with it: you can use your mouse scroll wheel to zoom in and out, and use the checkboxes to highlight certain special types of primes.

Lately I’ve been studying up on ray tracing, and one of my goals has been to build a nonlinear ray tracer — that is, a ray tracer that works in curved space, for example space that is curved by a nearby black hole. (See the finished  source code!) 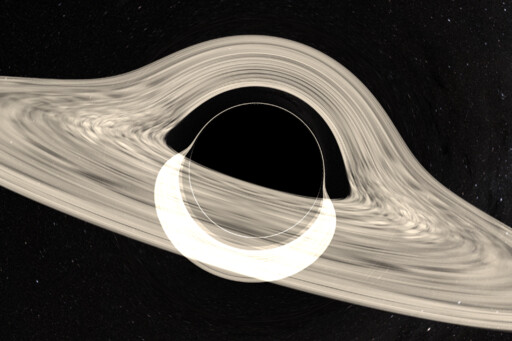 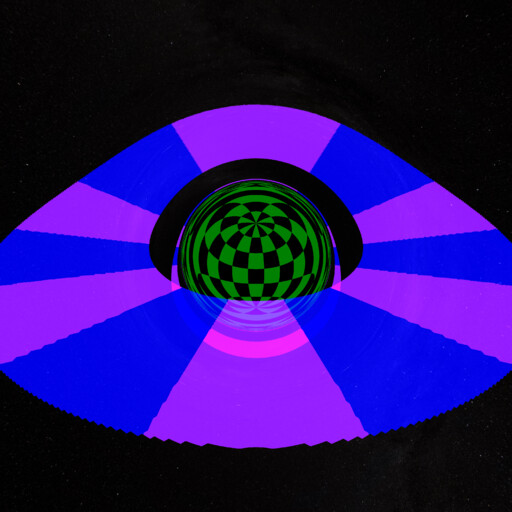 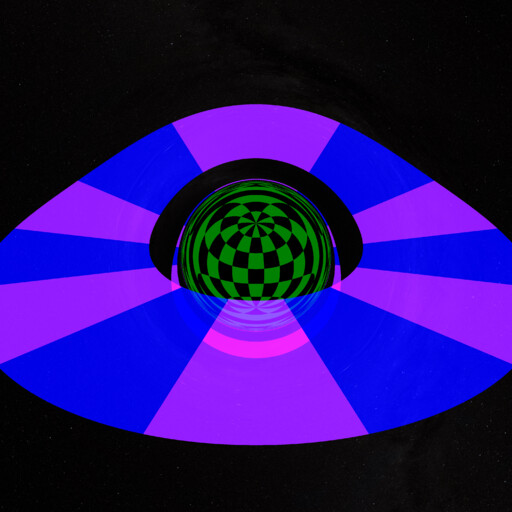 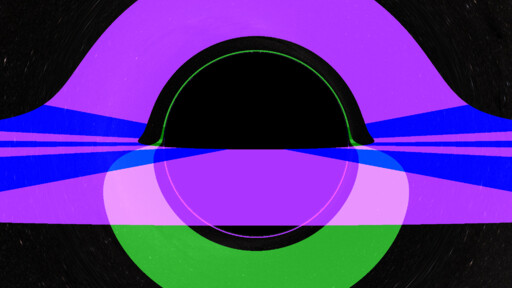 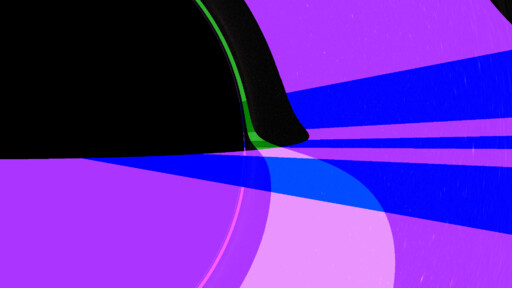 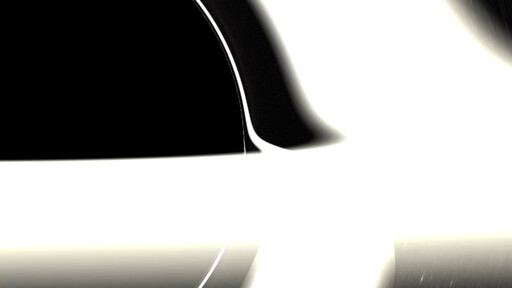 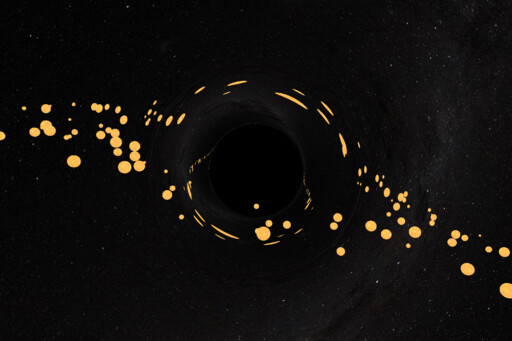 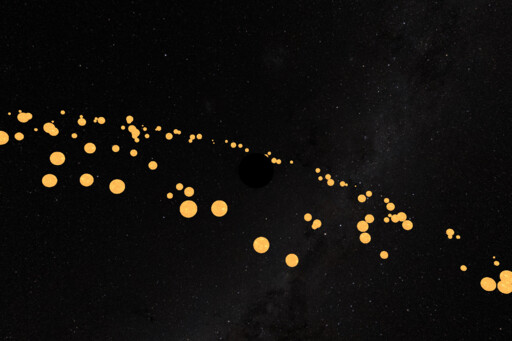 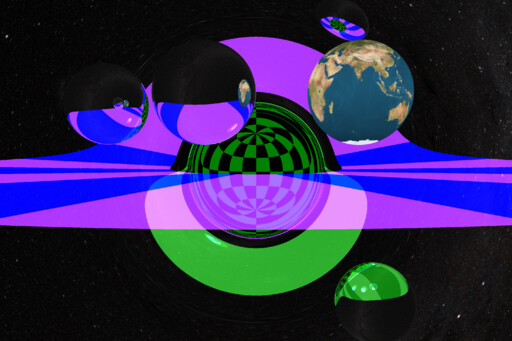 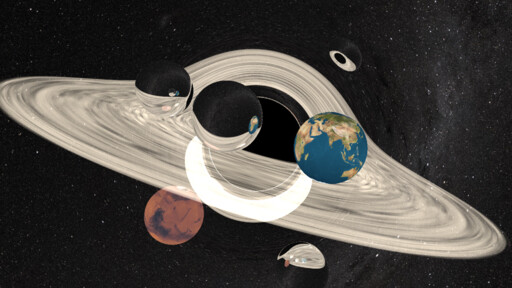 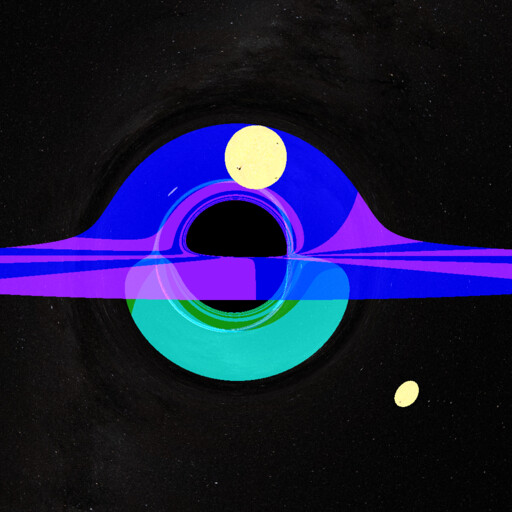 At one point or another, we’ve all had a feeling that something is not quite right in the world. It’s a huge relief, therefore, to discover someone else who shares your suspicion. (I’m also surprised that it’s taken me this long to stumble on this!)

Why should we do this? And what effect would this have?

Well, for starters, this would remove an unnecessary factor of 2 from a vast number of equations in modern physics and engineering.

Most importantly, however, this would greatly improve the intuitive significance of π for students of math and physics. π is supposed to be the “circle constant,” a constant that embodies a very deep relationship between angles, radii, arc lengths, and periodic functions.

To avoid confusion we’ll use the symbol tau (

) to be our new circle constant (as advocated by Michael Hartl, from the Greek τόρνος, meaning “turn”), and make it equal to 6.283…, or

In high school trigonometry class, students are required to make the painful transition from degrees to radians. And what’s the definition of a radian? It’s the ratio of the length of an arc (a partial circumference) to its radius! Our intuition should tell us that the ratio of a full circumference to the radius should be the circle constant.

Instead, students are taught that a full rotation is

radians, and that the sine and cosine functions have a period of

. This is intuitively clunky and fails to illustrate the true beauty of the circle constant that

is supposed to be. This is surely part of the reason that so many students fail to grasp these relationships and end up hating mathematics. A full rotation should be

radians! The period of the sine and cosine functions should be

Yes, we would. And in doing so we would make them much easier to understand! You can read the Tau Manifesto website to see examples of the beautiful simplifications that

would bring to mathematics, so I won’t repeat them here. You can also read the original opinion piece by Bob Palais that explores this subject.

, since the diameter is easier to measure, and also because they couldn’t have foreseen the ubiquity of this constant in virtually all sciences.

However, it’s a little unfortunate that someone like Euler, Leibniz, or Bernoulli didn’t pave the way for redefining

to be 6.283…, thus missing the opportunity to simplify mathematics for generations to come.

Aside from all the aesthetic improvements this would bring, considering how vitally important it is for more of our high school students (and beyond) to understand and appreciate mathematics, we need all the “optimizations” we can get to make mathematics more palatable for them. This surely has to be an optimization to consider seriously!

From now on, I’m a firm believer in tauism! Are you?