A tessellation refers to a uniform tiling of a plane with polygons, such that an equal number of identical polygons meet at each vertex. For example, the tiles in a bathroom, the squares of linoleum on an office floor, or the honeycomb pattern in a bees’ nest are all tessellations of the Euclidean plane. 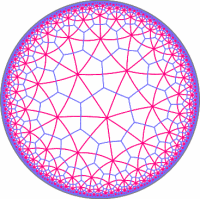 However, tessellations are also possible on non-Euclidean spaces, such as the elliptic plane (like the stitching pattern on a soccer ball), and the hyperbolic plane (like… nothing you’d find around the house). In fact, the Euclidean plane has only three regular tessellations (with squares, hexagons, and triangles), while the hyperbolic plane can be tessellated in infinitely many ways.

Since tessellations of the hyperbolic plane are especially interesting and mesmerizing to look at, I wrote a small program that generates them, with a great deal of configurable options. 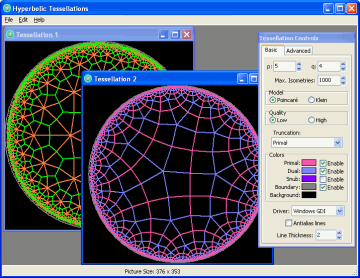 The program allows you to create an unlimited number of tessellations by selecting “File -> New” from the menu.

When viewing a tessellation, click-and-drag inside of it to shift its position within hyperbolic space. You can also click-and drag with the right mouse button to manipulate the truncation of the tessellation.

The “Tessellation Controls” window allows you to change the settings for the tessellation that is currently active.

Here’s a brief collection of images created using this program. Click on an image to view a larger version. 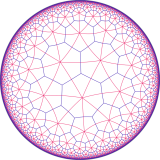 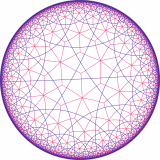 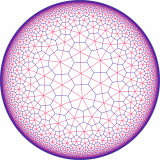 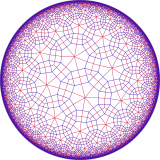 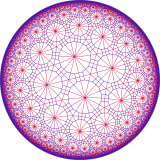 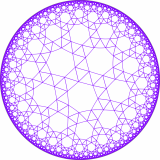 It was first noticed by the physicist Stanisław Ulam in 1963, when he got bored in a meeting and started doodling spirals of numbers. He noticed that, if he makes a spiral of consecutive integers, and circles only the prime numbers, strange diagonal “lines” of prime numbers emerge. 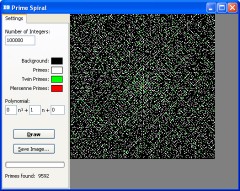 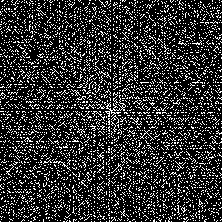