There was a paper in an issue of Neurocomputing that got me intrigued: it spoke of a neural network solution to the knight’s tour problem. I decided to write a quick C++ implementation to see for myself, and the results, although limited, were thoroughly fascinating.

The neural network is designed such that each legal knight’s move on the chessboard is represented by a neuron. Therefore, the network basically takes the shape of the knight’s graph over an

chess board. (A knight’s graph is simply the set of all knight moves on the board)

Each neuron can be either “active” or “inactive” (output of 1 or 0). If a neuron is active, it is considered part of the solution to the knight’s tour. Once the network is started, each active neuron is configured so that it reaches a “stable” state if and only if it has exactly two neighboring neurons that are also active (otherwise, the state of the neuron changes). When the entire network is stable, a solution is obtained. The complete transition rules are as follows:

is the state of the neuron connecting square

is the output of the neuron from

Knight’s Tour on an 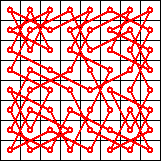 Not a Knight’s Tour, but still a solution (can you spot the four independent circuits?): 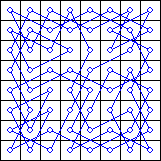 In fact, the probability of obtaining a knight’s tour on an 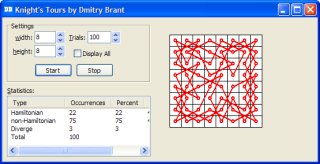 My implementation of this algorithm takes the shape of an application for Windows (although it’s perfectly runnable under Linux using wine). Several key features of the program include support for arbitrary rectangular chess boards, as well as
statistical records of trials performed.

Download the application. (Or browse the source code on GitHub) 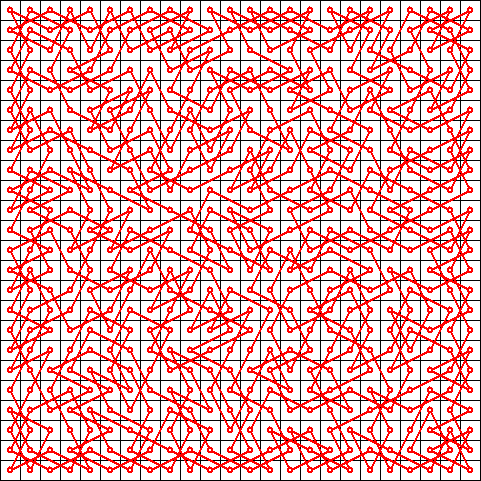 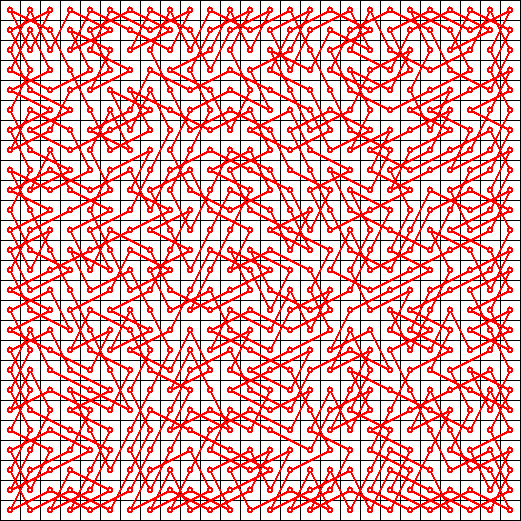 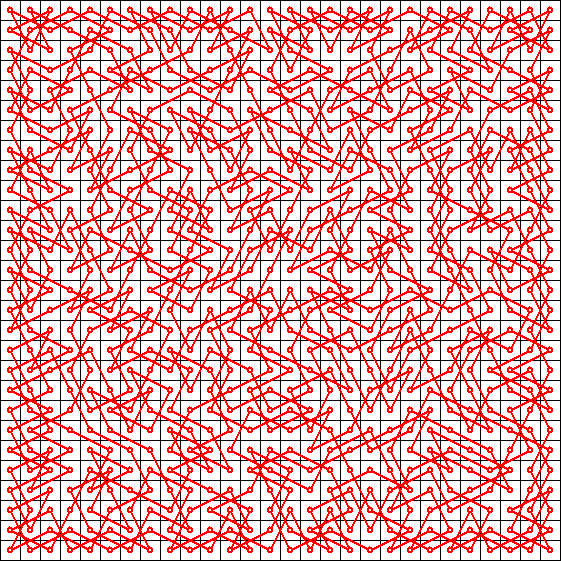 Undoubtedly, knight’s tours for n > 28 can easily be found using simpler combinatorial algorithms, which seems to make this neural network solution for the knight’s tour problem less than practical. However, one cannot deny the inherent elegance in this kind of solution, which is what made it so interesting to investigate.